US Recovers on Stimulus Optimism, But Futures Drop on Friday 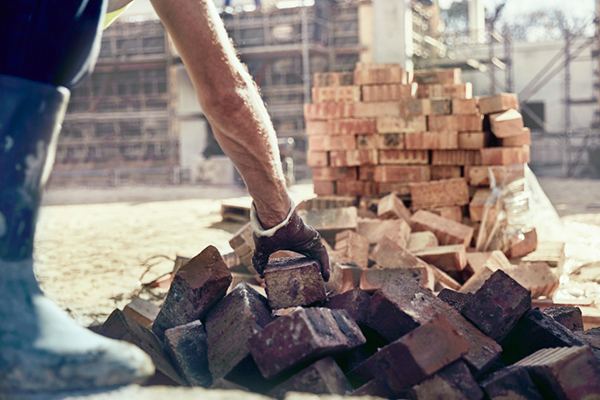 US Recovers on Stimulus Optimism, But Futures Drop on Friday

US equities partially recovered on Thursday, after tumbling over 1% in the previous session. Investors reacted positively to the new stimulus hopes, which offset the worries over tighter restrictions and layoffs related to the surging coronavirus infection rates.

Nevertheless, the rebound was capped by downbeat labor market data. The Labor Department said that the number of jobless claims rose 31,000 to 742,000 in the week ended November 14, more than economists' expectations of 707,000 claims.

Elsewhere, US home sales expanded for the fifth month in a row in October, though record-high house prices due to disruption in supply might put pressure. The National Association of Realtors reported that existing home sales rose 4.3% to an annual rate of 6.85 million units (seasonally adjusted). September data was revised upwards to 6.57 million units from 6.54 million units reported previously. Analysts expected a 1.2% decline to 6.45 million units in October. The sales are surging due to record low mortgage rates.

An indicator of US consumer sentiment prepared by Bloomberg rose for a third consecutive week to the highest level since April as households are more positive about the economy and their finances. The Bloomberg Consumer Comfort Index added 1.8 points to 49.8 last week. The sentiment was boosted by vaccine hopes.

Still, until vaccines are rolled out, the US is facing record infection rates, which prompted businesses and schools to close again. On Wednesday, the US reported a record number of COVID-related deaths.

However, on Friday morning, US stock futures are declining after Treasury Secretary Steven Mnuchin rejected the Federal Reserve’s request for a three-month extension for four emergency lending programs, which end this year. Mnuchin asked the Fed to return unused COVID stimulus funds to the Treasury. The central bank considers these lending programs essential to revive the economy. Wall Street might end the week with zero gains.

Asian stocks are mostly bullish in early trading on Friday, despite the dispute between Mnuchin and the Fed.

At the time of writing, China’s Shanghai Composite is up 0.38%, and the Shenzhen Component rose 0.45%.

A recent survey conducted by the American Chamber of Commerce in Shanghai showed that more than 60% of American companies doing business in China are more optimistic about the victory of Joe Biden in the US election. Still, about one-third of them believe Sino-US trade tensions would go on indefinitely.

Japan’s Nikkei 225 closed 0.43% lower, though it departed from session lows.

South Korea’s KOSPI is up 0.25%, even as Prime Minister Chung Sye Kyun asked citizens to stay home and avoid gatherings after new coronavirus cases exceeded 300 for a third straight day.

European stock futures are mixed on Friday morning, though German and French indexes are bearish.

In the commodity market, oil prices are moving sideways and might end the week at Monday levels. The crude prices were under pressure amid surging COVID cases and downbeat labor market data released by the US. Also, investors are worried about a split within OPEC over the continuation of production cuts, as the United Arab Emirates (UAE) considers that no more cuts are needed. The situation is so serious that some reports suggest the UAE is ready to quit OPEC, which could lead to one of the largest crises in OPEC’s history. So far, WTI is down 0.33%, and Brent has lost 0.18%.

In FX, the US dollar continues to decline amid stimulus uncertainty. The USD Index is down 0.09% to 92.203, close to the lowest level since April 2018. The greenback lost ground amid vaccine hopes, after Pfizer and Moderna reported that their COVID vaccines had a success rate of about 95%. EUR/USD is up 0.11% to 1.187.

The Canadian dollar is moving in tandem with the greenback as governments worldwide impose new restrictions, which affects global trade.

The British pound is increasing against both the euro and the USD ahead of retail sales data for October.