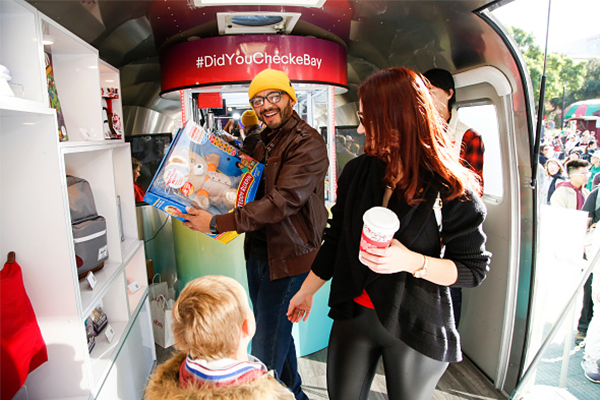 US equities took a pause on Tuesday and retreated from their record highs. While the optimism over COVID vaccines is still there, investors focused on the surging number of infections, which can lead to another series of lockdowns. Also, US retail sales data disappointed.

After touching its first all-time high after the pandemic, the Dow fell 0.56%. The S&P 500 also departed from its record high and closed 0.48% lower. Nasdaq lost only 0.21%, as the tech-oriented index was supported by Tesla’s surging stock after investors found out the electric vehicle maker will be included in the S&P 500 index in December.

The Commerce Department said that retail sales increased less than expected last month and might slow this month as well, given the surging number of COVID cases and declining income amid lack of stimulus.

Retail sales rose 0.3% in October, the smallest increase since the recovery took off in May. In September, the indicator added 1.6%. Even Amazon’s Prime Day event didn’t help the reading that much. Analysts expected the indicator to gain 0.5% in October.

Separate data showed that production at US factories was accelerating in October, though it’s still well below its pre-COVID level.

The US economy needs further stimulus. Joe Biden, who won the US election on November 3, urged the divided Congress to unite and pass the next COVID relief package. Still, that might not happen before January 20 when he takes the Oath. This might add pressure on the Fed to inject more cash into the markets.

The number of COVID cases continues to accelerate in the US, which forced several governors to introduce fresh restrictive measures in their states.

In individual corporate news, Walmart’s financial performance in the third quarter beat analysts’ expectations. So did home improvement retailer Home Depot. Still, the shares of Walmart and Home Depot fell over 2% after their reports.

Amazon.com launched an online pharmacy in the US. As a result, stock prices of rival pharmacies Walgreens Boots Alliance and CVS Health Corp tumbled by 9.6% and 8.6%, respectively.

In Asia, stocks are mixed in early trading on Wednesday, following the disappointing reading in US retail sales and surging number of COVID infections worldwide.

At the time of writing, China’s Shanghai Composite shows no change, while the Shenzhen Component declined by 0.55%. Chinese indexes are departing from session lows after the government promised to implement further policy measures to support the economy.

Japan’s Nikkei 225 closed 1.10% lower, retreating from the highest level in about three decades. Tokyo is ready to raise its COVID alert level to the highest of four, as the number of new cases increases.

In the commodity market, oil prices are declining slightly after the American Petroleum Institute (API) reported a bigger-than-expected increase in US crude inventories, while disappointing retail sales data put additional pressure. Still, the decline in prices is capped by hopes that OPEC+ would continue the production cut after the next deadline. Currently, WTI is down 0.40%, and Brent has lost 0.14%. API said that US crude stockpiles rose by 4.2 million barrels last week, while analysts expected a build of only 1.7 million barrels.

Gold is declining following the vaccine euphoria, but the precious metal finds support amid a surging number of COVID infections and struggling economies. Gold futures have declined 0.37% to $1,878.

The Japanese yen has recovered against the greenback and other majors as it leverages its safe-haven capabilities. One dollar now buys over 104 yens.

The pound is up versus the USD and down versus euro as Brexit talks continue during this decisive week.