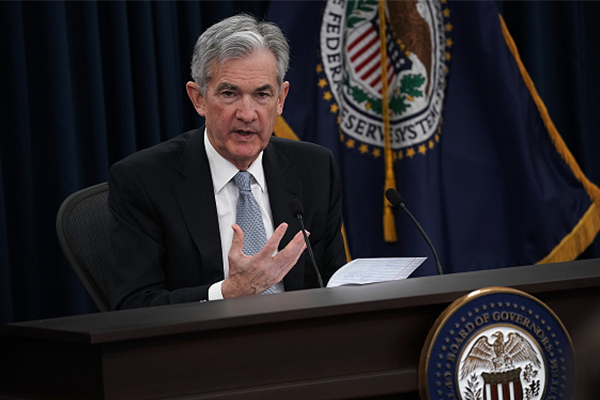 US equities tumbled on Thursday as investors focused on the accelerating number of COVID infections after an oversaturated optimism surrounding the coronavirus vaccine candidate produced by Pfizer and BieNTech.
New York state introduced more severe restrictive measures on Wednesday, as the number of cases countrywide jumped over 100,000 for the eighth day in a row.
Industrial and financial sectors dragged down the Dow and the S&P 500, with Goldman Sachs and Boeing falling about 2% and 3%, respectively.
The S&P 500 fell 1%, the Dow dropped by 1.08%, and Nasdaq lost 0.65%. Still, the S&P and Dow Jones have gained about 2% this week, driven by vaccine optimism. Equities also increased on expectations that the Congress will be divided, which won’t allow Joe Biden to initiate major changes, such as tax increases that may negatively impact corporate profits.
Speaking about the COVID vaccine, Moderna surged 6.5% after announcing it had sufficient data for a preliminary analysis of its late-stage trial of its vaccine candidate, which also relies on the mRNA technology like the Pfizer one.
On the economic front, US jobless claims dropped last week to the lowest in seven months, though the pace of job recovery still slowed given that fiscal stimulus faded. 709,000 people filed for unemployment benefits, down 48,000 from the previous week's 757,000, which was revised upwards. Analysts expected 730,000 claims.
Federal Reserve Chairman Jerome Powell said that the economy would be challenged in the next several months by the more aggressive pandemic.
In individual corporate news, Cisco Systems leaped over 8.5% after the network hardware maker reported better-than-expected results in Q3.
Walt Disney surged over 7% after reporting Q4 results that beat analyst predictions. Also, the company revealed a strong demand for its streaming services.
In Asia, stocks are mostly bearish in early trading on Friday, following the selloff in the US and Europe.
Investors are worried that producing and distributing Pfizer’s vaccine is challenging, considering that it has to be stored at -70 degrees Celsius.
At the time of writing, China’s Shanghai Composite is down 1.32%, and the Shenzhen Component has lost 0.88%. Sino-US tensions were in the spotlight again after President Trump signed an executive order banning US investment in Chinese firms controlled or planning to be owned by the Chinese military.
Meanwhile, China is about to sign the Regional Comprehensive Economic Partnership (RCEP) free trade agreement along with 14 other Asia-Pacific countries. The document will be signed on Sunday, the final day of the 37th ASEAN Summit.
Interestingly, the Wall Street Journal reported that Chinese President Xi Jinping personally decided to halt Ant Group’s $37-billion IPO, citing Chinese officials familiar with the matter. Ant’s dual listing would have become the largest IPO ever. Chinese regulator’s decision came days after founder Jack Ma publicly criticized the country’s banks and financial regulators.
Japan’s Nikkei 225 closed 0.59% after recovering some losses. South Korea’s KOSPI is up 0.72%.
Hong Kong’s Hang Seng Index is down 0.43%. The city reported 23 coronavirus cases on Thursday, the most since the end of September, sparking fears of a fourth wave. Meanwhile, kindergartens were closed for two weeks due to about 180 cases of respiratory infections.
In Australia, the ASX 200 closed 0.20% lower. The tensions between Australia and China worsened after China blamed Australia for “violating basic norms governing international relations” and making “erroneous words and deeds on issues concerning China’s core interests, including those related to Hong Kong, Xinjiang and Taiwan.” Also, Chinese Ministry of Foreign Affairs spokesman Wang Wenbin added that Australia had “blatantly interfered in China’s internal affairs.”
In the commodity market, oil prices are declining but are set to end the week higher. WTI slumped by almost 1.5% to $40.53, and Brent fell 1.10% to $43. Crude prices are under pressure amid fears of a slow economic recovery and weakening demand caused by the resurgence of the pandemic. Also, the US government data showed that crude inventories rose 4.3 million barrels last week, while analysts expected a decline by 913,000 barrels.
Gold continues to benefit from its safe-haven status amid worsening coronavirus conditions worldwide, but the metal is about to end the week lower due to a steep decline on Monday following Pfizer’s announcement. Gold is now up 0.24% to $1,877.
In FX, the US dollar is moving sideways against majors and is up 0.04% versus the euro. The bloc’s currency has lost some ground after the European Central Bank expressed its support for further quantitative easing. The USD Index is fluctuating near 92.950.
The pound shows recovery attempts after tumbling about 1% versus the euro and the greenback on the back of disappointing GDP data for September and the third quarter.