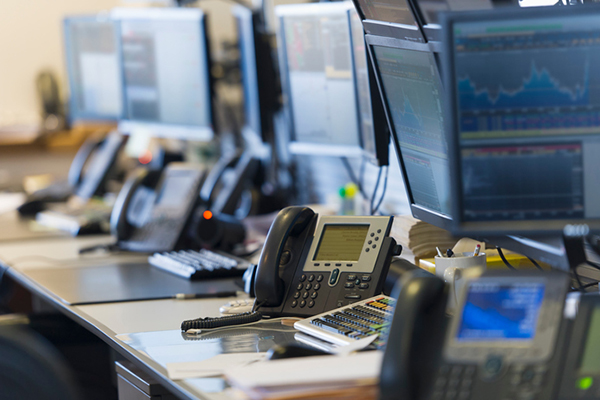 US equities were mixed for the third session in a row, but at this time the situation changed, with Nasdaq leading on the upside as investors returned to tech stocks and departed from value shares that have previously surged on the COVID vaccine news. Investors analyzed the progress of Pfizer’s vaccine on one side and the coronavirus surge, along with the potential for economic recovery on the other side.
While the vaccine news will support value stocks until it gets deployed, many European countries and US states will maintain their lockdowns or even tighten their restrictive measures, benefiting “stay-at-home” stocks. Thus, there will likely be a rotation between tech shares and value shares.
On Wednesday, Nasdaq rose 2.01%, the S&P 500 gained 0.77%, while the Dow fell 0.08%.
Tech giants like Microsoft, Netflix, Amazon, and Apple rose more than 2% and 3%. Tech was the best performer among the S&P’s 11 major sectors, adding 2.4%. Materials and industrials declined.
Goldman Sachs upgraded its 2020 outlook for the S&P 500 by 100 points to 3,700. The bank pointed to a Senate potentially controlled by Republicans, in which there would be little room for major legislative changes. Meanwhile, the recent vaccine news will enable normalization.
In Asia, stocks are mostly bearish in early trading on Thursday, as the enthusiasm for the vaccine news has faded. The vaccine produced by Pfizer and Modern use messenger RNA (mRNA) technology, and Anthony Fauci, the head of the US National Institute of Allergy and Infectious Diseases, said that it would be difficult to distribute the product in developing countries, given that it has to be stored at minus 70 degrees Celsius at least.
At the time of writing, China’s Shanghai Composite is down 0.23% while the Shenzhen Component is up 0.22%. The tech sector departed from session highs as China drafted anti-monopoly regulations aimed at the Internet industry.
In the meantime, Alibaba reported sales of over $75 billion on Wednesday during its Singles’ Day event, exceeding the $38 billion figure from last year. The surge in sales came despite the pandemic.
China, along with 14 Asia-Pacific nations, aims to sign the world’s largest free-trade agreement this weekend. The Regional Comprehensive Economic Partnership includes countries like Australia, New Zealand and Indonesia. Its goal is to cut tariffs, improve supply chains, and unify the e-commerce rules. India withdrew from RCEP talks last year.
Hong Kong’s Hang Seng Index has declined by 0.45%.
Japan’s Nikkei 225 defied the general bearishness and rose 0.65%, while South Korea’s KOSPI is down 0.35%. In Australia, the ASX 200 closed 0.49% lower.
European futures are mixed on Thursday, after closing higher yesterday.
In the commodity market, oil prices are retreating but maintain a bullish stance as investors price in potential further supply cuts from OPEC+, whose agreement ends in January. Both WTI and Brent are down about 0.50%, departing from session peaks that coincide with the highest level since the beginning of September. Algeria’s energy minister Abdelmadjid Attar said yesterday that OPEC+ might even deepen supply cuts next year. On a side note, Algeria is the current chair of OPEC.
Gold is up on Thursday morning after plummeting yesterday from the highest since mid-September to the lowest since the end of July. The safe-haven returned to growth as uncertainty persists despite the vaccine optimism. The metal has increased by 0.28% to $1,866, but it’s still far from the recent peak.
In FX, the US dollar also returned to growth, as investors adjust their expectations on the Pfizer vaccine. The USD Index rose 0.09% to 93.112. EUR/USD fell 0.14% to 1.1761. The euro declined after European Central Bank President Christine Lagarde hinted to further easing, though the bank will maintain the interest rate.
The sterling is declining against both majors. Investors are waiting for a series of important economic data to be released by the UK, including the GDP performance in the third quarter, manufacturing production and trade balance. Data is about to be released in a few minutes.