US Equities Cautiously Extend Gains Ahead of Fed Meeting 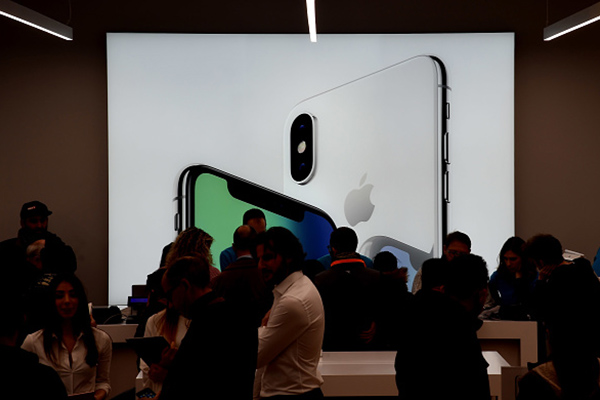 US Equities Cautiously Extend Gains Ahead of Fed Meeting

US equities continued the bullish week as investors are confident that the Fed would keep its accommodative stance on Wednesday. Tech stocks led the uptrend, with Nasdaq gaining 1.21%. Elsewhere, the S&P 500 rose 0.52%, while Dow Jones edged up only 0.01%. Dow lost earlier gains together with Apple, one of its major components. The iPhone maker launched a new virtual fitness service, a new Apple watch with blood oxygen sensor, and a new iPad. Besides this, it rolled out its services bundle called Apple One. Still, investors had already priced in Apple’s novelties before the event, so the stock price gave up and fell into the negative territory in after-hours trading.

The main focus will remain on the Fed, but the central bank is widely expected to make no changes to its supportive policy, especially when the macroeconomic indicators point to a gradual recovery. The Fed reported on Tuesday that US factory output increased considerably in August, though it didn’t meet analysts’ expectations.

In Asia, stocks are mixed on Wednesday, as investors are waiting for the Fed’s decision. Besides this, the Bank of Japan and the Bank of England will also impact the sentiment with their updates scheduled for Thursday. Thus, Asia is in wait-and-see mode right now.

At the time of writing, China’s Shanghai Composite is down 0.35% while the Shenzhen Component has declined by 0.90%. Investors expected Chinese stocks to continue their ascension after two bullish sessions, especially as China extended the tariff relief to 16 goods produced in the US. Nevertheless, it seems that bulls are hesitant to enter the market before central bankers show their cards. Meanwhile, the World Trade Organization ruled yesterday that Trump’s tariffs on Chinese goods violated international regulations.

Hong Kong’s Hang Seng Index is down 0.39% after initial gains. The city reported no coronavirus cases yesterday, and will continue to relax social distancing measures on Friday.

Japan’s Nikkei 225 edged up 0.04%, as investors are waiting for the parliamentary approval of Yoshihide Suga as next prime minister later today. Japan’s exports tumbled for a sixth month in a row in August amid the coronavirus crisis. Total exports dropped 14.8% last month y/y, which is still a smaller decline than 16.1% anticipated by analysts.

In Europe, futures on most major indices are in red, suggesting a bearish open.

In individual corporate news, US lawmakers of both Democrats and Republicans are not happy with the proposed deal between software giant Oracle and China’s TikTok parent Bytedance, which plan a partnership so that the former could run TikTok operations in the US. Previously Trump demanded that TikTok be fully sold to a US company to continue its presence on the US territory.

The stock price of FedEx and Adobe rose about 6% and 2.4%, respectively, on better-than-expected quarterly reporting.

In the commodity market, oil suddenly updated the weekly peak after several sluggish sessions in a row. Both WTI and Brent have gained over 1.3%. The crude prices rose as Hurricane Sally reached the US Gulf Coast, causing the shutdown of over 25% of American offshore oil and gas production. Export ports were also closed in the region. Separately, the American Petroleum Institute said yesterday that US crude inventories dropped by 9.5 million barrels last week, while analysts expected an increase by 1.3 million barrels. Still, gasoline inventories increased. All in all, the longer-term picture isn’t bright for oil, as demand is hit by the coronavirus crisis.

Gold fluctuates between green and red ahead of the Fed meeting. The price of the metal hovers around $1,965.

In FX, the US dollar is steady ahead of the Fed meeting. EUR/USD is up 0.01%, while the USD Index is up 0.03%. Still, bulls have no chance to propel an eventual rally given that the central bank will likely maintain its supportive stance.

The British pound shows no change in pair with the euro and is up 0.04% against the US dollar. The UK just released better-than-expected inflation data. Meanwhile, Britain has reportedly proposed some concessions on fisheries, which is a sensitive topic in the post-Brexit trade negotiations with the EU. However, the crisis between the two is too severe as the UK intends to override parts of the current treaty, so it remains to be seen whether Europe would consider such concessions.